From October 2006 – March 2007 the Academy of Medical Sciences (AMS) ran the Drugsfutures public dialogue, supported by Sciencewise, which gathered evidence on public attitudes towards the use of drugs for recreation, to treat mental health conditions and to enhance cognition. This evidence was for a Working Group which was convened by the Academy of Medical Sciences in response to the Government inviting the AMS to undertake an independent review of the societal, health, safety and environmental issues raised by scientific advances in brain science, addition and drugs.

The dialogue involved over 700 participants who were involved in an on-line consultation or as part of one of the face-to face activities. Participants included a diverse cross-section of the population. Face-to-face dialogue activities included: a deliberative workshop which met twice; five regional one-day workshops on different topics; outreach meetings with specific groups (e.g. ex-users, teachers); and workshops with people from hard-to-reach groups. The online consultation supplemented these activities, providing a space for a range of perspectives to feed into the dialogue.

This was the first major public engagement activity that the AMS had been involved in and had successful impacts on policy. For example, one of the public priorities which was identified in the dialogue, on the need for research into addiction as a disease, was picked up by the AMS. New funding of £8 million was made available from the Medical Research Council to do that research. In addition, in July 2009, the Advisory Council on the Misuse of Drugs (Home Office) launched a detailed review of the safety and regulation of cognition enhancers, which was raised as a research priority by public participants in this dialogue. Finally, the dialogue directly influenced and improved the final AMS Brain Science, Addiction and Drugs (BSAD) report to Government. Public participants could trace their contribution in the final report.

The project was delivered by the Office for Public Management (now called ‘Traverse’) and evaluated by Shared Practice. 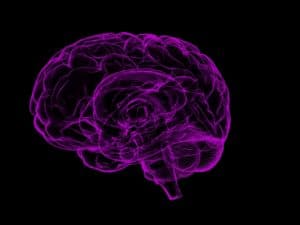