The use of animals containing human material (ACHM) has a long-standing history in biomedical research, although little public consideration of this area has previously taken place.

Conducted in 2010, this public dialogue was part of a major study by a working group of the Academy of Medical Sciences to examine the scientific, social, ethical, safety and regulatory aspects of research involving animals containing human material, and to make recommendations for action. Supported by Sciencewise, the dialogue aimed to provide insight into public values, concerns and aspirations around these issues, and input to Government considerations of how this research should be regulated in the UK.

The deliberative phase of the programme brought together 70 members of the public with six experts in a series of workshops, discussion groups and interviews. Two deliberative workshops, each involving 21-22 public participants meeting for a full day on two occasions, were held in London and Newcastle.  The findings of the deliberative sessions were used to develop questions that informed a nationally representative survey of 1,046 respondents.

The project was delivered by a consortium which included Ipsos MORI (the lead contractor), Dialogue by Design and the British Science Association. The evaluator was Laura Grant Associates.

The dialogue informed the Academy’s working group study on ACHM and was an important source of evidence for the study. The Academy’s final report made recommendations for national and international regulation of future research using ACHM, and included direct quotations from the public dialogue report and from participants. 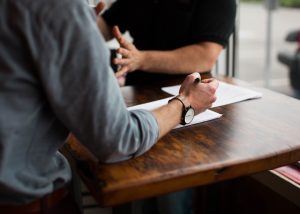