The Babraham Institute (BI) is a world leader in scientific research. They strive to bring scientists closer to society to allow researchers to listen, understand and value the societal context of their research.

A public dialogue was commissioned by BI and the Biotechnology and Biological Sciences Research Council (BBSRC) and was supported by Sciencewise. The dialogue sought to gain insight and understanding from the public about BI’s work and to inform BI’s scientific and public engagement strategies.

The process took place between May and November 2015. It consisted of two initial workshops in Birmingham and Cambridge and a final workshop in Cambridge that brought together all 43 members of the public involved. The public dialogue process was run by Ipsos MORI and was independently evaluated by Icarus.

The findings from the workshop have influenced BI’s public engagement strategy for 2017-22. 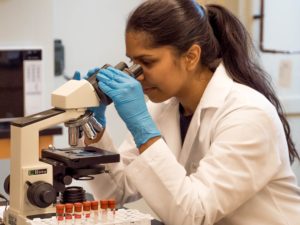