After the Office for National Statistics (ONS) developed a ‘wellbeing wheel’ of 41 measures to form a picture of social, environmental and economic progress in the UK, the next challenge was how to bridge the gap between the measurement of wellbeing and the use of these data to make better policies.

In 2014, the Cabinet Office commissioned a public dialogue which aimed to address this challenge by exploring with members of the public how wellbeing evidence could be used in considering three policy areas – increasing the income of low earners, reducing loneliness and increasing community control through community rights. Essentially, the project tackled the question ‘So the Government is measuring wellbeing: what can and should it do to improve it?’

The dialogue project consisted of a series of workshops with 137 specially recruited members of the public, along with 30 frontline workers to consider the feasibility of the suggestions from the public.  Workshops were held in six different locations.

The project was delivered by Hopkins Van Mil and evaluated by 3KQ.

Policy makers involved in the process were very positive about the value of the dialogue. They reported the results to ministers and to the cross-government Social Impacts Task Force. This dialogue also gave policymakers greater confidence in using a wellbeing lens through which to view public dialogue as it allowed participants to deeply engage with the issues. The success of this dialogue also laid the groundwork for follow-on dialogues launched in 2015 which helped shaped the work of the What Works Centre for Wellbeing. 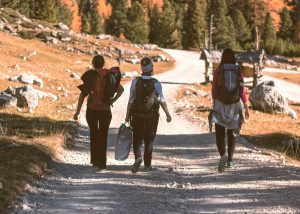