In July 2013, the Department for Environment, Food and Rural Affairs (Defra) published its draft Strategy for achieving ‘Officially Bovine Tuberculosis-Free’(OTF) status for England.  An online public consultation was run in 2013 from 4 July to 26 September to seek views on Defra’s draft Strategy document. This dialogue project on the future strategic direction of bovine TB was commissioned by Defra to engage a broad range of publics and stakeholders in the debate about bovine TB control measures and the future bTB eradication Strategy. The Strategy for achieving Officially Bovine Tuberculosis Free status for England was published on 3rd April 2014.

During the dialogue there were six face to face public dialogue workshops. These were held in three locations across England (Birmingham, Exeter and Newcastle), which were selected to reflect the three types of risk area for bTB – high risk, edge (of high risk) and low risk. The workshops took place in September and October 2013. Groups in each location met twice (on Saturdays two weeks apart) for a full day (10am to 4pm). A total of 111 public participants were involved (between 30 and 40 in each location). Participants were formally recruited to ensure a spread of gender, ethnicity, age, socio-economic status and employment, with further attitudinal screening. Each workshop was attended by representatives from Defra; the Animal Health and Veterinary Laboratories Agency (AHVLA, now called Animal and Plant Health Agency), an executive agency of Defra (now part of the Animal and Plant Health Agency); and one academic specialist at each of the second round of workshops, primarily observing and listening, but also available to answer questions.

The second additional strand of the dialogue was running ten stakeholder workshops. These workshops aimed to explore stakeholder views on Defra’s draft Strategy and were held in locations in each of the types of risk area for bTB (as above). The workshops were attended by 258 stakeholders from farming and veterinary organisations, wildlife and environmental organisations, local authorities, supply chain representatives and academics. Workshops were attended by officials from Defra and the AHVLA to present information, answer questions, observe and listen.

The dialogue results were publicly recognised as a useful part of Defra’s evidence base for the new bTB Strategy. When the bTB Strategy was published on 3 April 2014, the cross-cutting report of the dialogue findings was published alongside the summary
of consultation responses. This is an important public statement of credibility for the dialogue because the implication is that both sources of evidence are being given a similar order of weighting. Additionally, the video animation used in the public workshops caught the attention of the Secretary of State. As a result, the tool was refreshed prior to the Strategy launch and published alongside it. As a result of the bTB animation, Defra has used a similar approach for promoting understanding and debate around other key policy areas such as pollinators.

An Oversight Group was set up for the dialogue project with representatives from the National Trust, Defra, Bovine TB Erdication Group for England /Animal Health and Welfare Board for England, Sciencewise and an independent academic as chair. 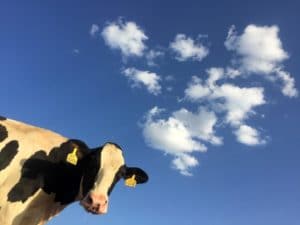