Hybrid and chimera embryos for research

A hybrid embryo refers to the mixing of human sperm and animal eggs, or animal sperm and human eggs. A chimera embryo is the product of adding animal cells to a human embryo early on in the development process. The use of human/animal embryos in research was proposed as potentially leading to insight into diseases which there are no effective cures.

However the proposed research using these techniques was potentially highly controversial so the Human Fertilisation and Embryology Authority (HFEA) commissioned a public dialogue, supported by Sciencewise, to explore public views on the potential applications of this technology. This took place alongside an open public meeting, an opinion poll and a formal written consultation which all fed into the policy development process.

After the feedback from the public dialogue, the HFEA decided to cautiously move forward in allowing the research under careful scrutiny of the HFEA licence committee. The dialogue gave the HFEA confidence in its decision on this potentially controversial issue as it had familiarised itself with public views on the subject and increased the accountability of the decision-making process. 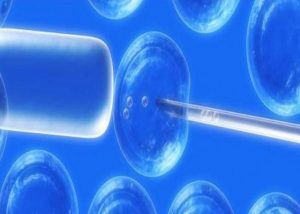