In 2008 the Government published a White Paper setting out the preferred approach to site selection for a Geological Disposal Facility (GDF). This was based on the principles of voluntarism and working in partnership with willing communities. Three local authorities expressed an interest in exploring the opportunity to host a GDF. However, in January 2013, the decision was taken not to proceed any further with this site selection process.

In order to reflect on what could be learned from this process the Department of Energy and Climate Change (DECC) established a review. This included an open consultation and a dialogue project. The dialogue project comprised a number of engagement events with the public and various stakeholders during November and December 2013 at locations in England and Wales. DECC considered the results of the dialogue project as complementary evidence to the formal responses to the open consultation.

The dialogue aimed to provide a better understanding of public and stakeholder views on the proposed changes to the site selection process and offer information that would support participants to make submissions to the public consultation. This dialogue was evaluated to have drawn conclusions which were strongly aligned with issues raised in the later published White Paper. 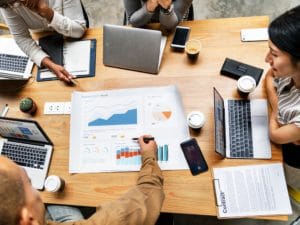