In the years leading up to this dialogue the UK government outlined their commitment to a significant expansion in new nuclear energy, stating that nuclear power, alongside renewable energy sources, will ensure the UK has enough low-carbon electricity in the future.

With support from Sciencewise, a public dialogue was commissioned by the Environment Agency (as lead partner), the Office for Nuclear Regulation (ONR), and Natural Resources Wales (NRW). It took place between November 2014 and August 2015, with the aim to identify the needs of the member public in relation to engagement in the regulators’ Generic Design Assessment (GDA) of new nuclear reactor designs.

There were three main delivery elements to the public dialogue, starting with an online survey of 401 people in England and Wales. Following this, two dialogue workshops with a total of 41 participants were held in Cheltenham and Bangor. 18 participants from these two dialogues were selected to take part in an additional dialogue workshop in Crewe.

The dialogue delivery contractor was 3KQ and the process was independently evaluated by Icarus.

The recommendations from the dialogue were used to inform the nuclear regulators’ current and future public engagement initiatives and process options. 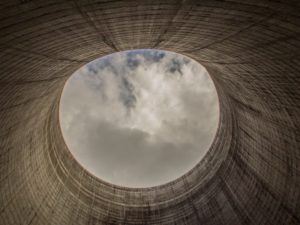