After the UK committed to the world’s first long-term, legally binding framework to tackle climate change, targets were set for an 80% reduction in greenhouse gas emissions by 2050, compared to 1990 levels. One implication of a target of this scale could require virtually eliminating emissions from our homes.

In the light of this, the Department of Energy and Climate Change commissioned the Big Energy Shift dialogue to establish the basis on which people would be prepared to take up energy savings, renewable and low carbon measures.

The process ran from March 2008 to June 2009. Around 250 public participants were involved from nine neighbourhoods in England, Wales and Northern Ireland.

The project was delivered by Ipsos MORI and evaluated by KR Social Research and Placewise.

The Big Energy Shift dialogue was considered by DECC to be a very successful project. It directly impacted policy and led to the development of the Low Carbon Communities Challenge which invested £10 million in 22 communities to test out energy developments. 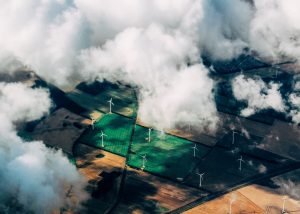